In 2016 The Myotubular Trust was chosen to be one of the Bank of England’s charities of the year. Ed Kemp told The Information Point about the three year mission that finally became a reality.

The Bank of England’s Charities of The Year scheme has been running for many years and I first found out about the scheme just a few weeks into my new job at the Bank. The timing of this encounter seemed to be too good to be true as I had started working for the Bank in the same week that my son Matthew had come out of hospital, after three of our most darkest months – with a traumatic birth, ending up in NICU with doctors not knowing what was wrong and countless days/meetings asking us to prepare for the worst.

To be honest, I saw the scheme as a perfect way for me to focus on something positive at work, after the months we’d just had, as well as a huge opportunity for me to help raise some money in the hope that other families won’t have to go through what we went through in the future. It would also be a great way of increasing understanding amongst my colleagues of this rare condition.

The mission had begun to get Myotubular Trust on the map at the Bank of England. So that year, I registered the vote for the Myotubular Trust. Unfortunately, I didn’t fully understand the process and wasn’t successful that year. This only made me more determined the next year. I began canvassing across the Bank with colleagues and people I’d worked with and I felt confident that this was the Trust’s year. The results came out and …… I’d been beaten again. This time though, it was an improvement as I’d gained enough votes to come in fourth – a very respectable result up against the other larger, more well known charities.

Something had to change, as every year the smaller charities were up against these bigger charities. I had to find a way to reach out to as many people as possible. So during the year leading up to the vote, I set about logging a note of all the people I met and worked with ready for a canvassing blitz come September.

There was only one small problem. During these first two years, I’d met another dad in a similar position, whose daughter was suffering from another rare genetic condition. He was also canvassing for charity of the year and so was a kind of ‘rival’. This brought the reality home of smaller charities needing all of the money and visibility they can get as it’s extremely difficult. It also gave me the realisation that parents are extremely determined when it comes to their families. We had the discussion about one of us pulling out until the next year so that the other had a chance, but in true charity spirit, we decided that we’d both continue as it was for our kids. We would give each other morale support through the process – spurring each other on to get more votes and we would either succeed together or fail together. Hopefully, the former would be the outcome …… I set out, in September, getting the Myotubular Trust through the preliminaries, ready for the final round. Now it began, my contacts list was ready.

I began working through my list, canvassing for votes. If there was a tenuous link between us, they’d receive a request for help and support in voting for the Trust from me. This was three years in the making and so I was determined to make this happen. The day finally came, results day ……

Well, you can get guess the result, based on me writing this article, but the bonus was that my friend, colleague and rival managed to gain the second charity place as well. We’d succeeded together. It was at this moment when I began to breakdown as it had been three years in the making, my family could be proud of my achievement, the Trust could get on the map at the Bank of England, we could earn some much needed financial support and I’d done it in the true charity spirit, supporting a friend through the process. It’s this spirit and determination that still surprises me today as Matthew has given this to me, so thank you little man (or not so little now). I also want to thank my wife Sarah for being so strong through such difficult times, she is amazing. And not forgetting our other bundle of joy, Matthew’s sister Charlotte, who also looks after her big brother.

So, now that we’ve finally got there, over the next 12 months, colleagues at the Bank will raise funds for the Myotubular Trust through a series of fundraising events, from charity auctions and cake sales to a Christmas collection and staff sporting events. The Bank of England is also part of the Pennies from Heaven scheme, which deducts the pennies from salaries for the Bank’s charities, so we are looking forward to a great year of fundraising.

In total the Bank raised £258,411.61 for the two charities, through a series of fundraising events and initiatives including taking part in the London marathon, bake sales, a sponsored football match and the Pennies from Heaven scheme (the scheme allows Bank employees to donate the pennies from their salary to charity). The Bank then matched £25,000 of the money raised for each charity

The two charities also benefited from the success of a charity banknote auction which took place in London on 3 October. A final share of the proceeds from the auction was also donated to the charity Bliss.

The Myotubular Trust used the money to pay for a three year research grant to find treatments for myotubular and centronuclear myopathy. 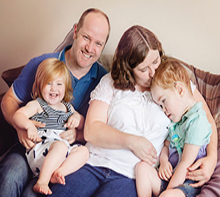 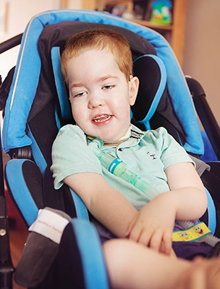