Genetic Alliance UK recently launched the Action for Access campaign at the Houses of Parliament, All Party Parliamentary Group for Rare, Genetic and Undiagnosed Conditions and published a report that details the changes they want to see to improve the assessment process for rare disease medicines.

With new breakthroughs in research now emerging for our conditions and the possibility of treatments for some of the genetic mutations which cause myotubular and centronuclear myopathy a tangible distance away – now is a really important time to join Myotubular Trust in supporting the Action for Access Campaign.  Wendy Hughes attended the launch of behalf of Myotubular Trust and below writes about the event and what the campaign hopes to achieve.

On a rainy afternoon in late October, along with other members of Genetic Alliance UK, we assembled at the Houses of Parliament in London to celebrate and to support the launch of a new UK wide campaign called Action for Access.  The goal of this campaign is to ensure that the NHS in the UK reviews and changes the current decision making processes to modernise them and ensure that they are much fairer and more streamlined, therefore preventing unnecessary delays in patients of rare disease getting the treatments they desperately need to improve their health and quality of life.

The plan is for us to form a new dialogue on the future of patient access to rare disease medicines. This comes following a damning review of the current systems operated by NHS England which sees UK falling drastically behind other European nations in terms of treatments available.  It also means patients and their families can be left in the dark, unsure of what’s next.

Many parents and groups, including Myotubular Trust, spoke about their fears about and experiences of the current new ‘highly specialist technology’ (or new medicines and medical equipment) appraisal system. There were emotive case studies spoken about, where patients had been waiting for months, sometimes years, to access an approved drug or device that was new to the market via the current system.

Everyone at the meeting agreed that we needed a new way forward to address the issues of access to rare disease medicines in the UK and to resolve the problems of uncertainty, change the system to assess new drugs, and pricing problems that often stalls drugs reaching patients when the industry and government can’t agree.

Catherine West MP chaired the meeting at the Houses of Parliament at the All Party Parliamentary Group for Rare, Genetic and Undiagnosed Conditions and made a rallying speech, saying that as part of that campaign we all need to take action over the coming months to raise awareness of our rare conditions and the issue of access to medicines with our MPs. In this regard, Genetic Alliance will be providing us with some targeted actions which will be specific to our own patient group’s aims, which we will be announcing over the coming weeks and months. 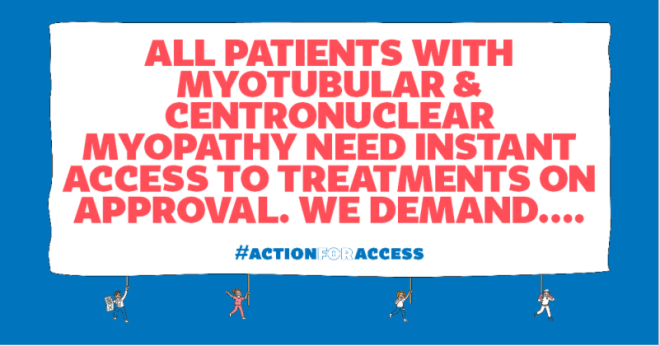